Solarys is a spanish band that emerged at the end of 2006 in the city of Córdoba, when Manuel Lobo (vocals), Salvador Almagro (guitars and keyboards), Rafael Navarro (drums) and Andrés Mesones (bass and keyboards) decided to start a new musical project after several years in other bands. In 2008 they incorporated a new rhythm guitar player in their lines, Javier Almagro; to give more earnest to their sound. Is a heavy metal band with current sound and many influences of german and Scandinavian power metal, with classic roots and appreciable influences of Kamelot, Symphony X, Conception, Angra, Dream Theater, Metallica and Scar symmetry among many others. In May of 2008 Solarys presented their first work with same name of the band. Andrés Mesones as the recorder and the album produced by the band. They showed eight songs, including Sande, and Jamás, those two claimed by their public. On summer of 2011, they launched their second work, Invierno. The recording again by Andrés Mesones and auto producied. They included new songs from their repertoire. In 2014, they released a new album Tábula Rasa, also self-produced and in digital work. This time Salvador Almagro and Andrés Mesones mixed and recorded those tracks, and mastered by José Rubio. After three independent works and winning the rock bands national contest Acordes del Rock, in september 2016 the band published Namastë, with the record label Altenwald Music. Salvador Almagro as recording engineer; mixed and mastered by José Rubio at Mega Sound studios. Now, the band focus to international public by the hand of Wormhole Death (part of Aural Music) preparing their new album Endless Clockworks. Discography Solarys (2007) Invierno (2009) Tabula Rasa (2013) 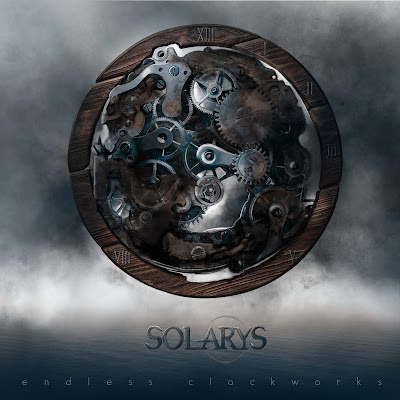