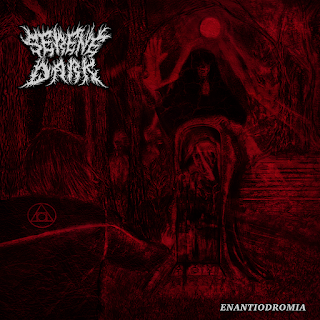 Canada’s Serene Dark's “Enantiodromia” is out on July 17, 2020. “Enantiodromia” (pronounced en-an-ti-o-dromia) is dark, entrancing and orchestral while maintaining the key elements of death and black metal. The band’s take on the album:


“The album explores the confrontation between the shadow aspect of the personality and the integration of it into the self to create wholeness.  Influenced from philosophy, stoicism, hermetecism and the occult. The album, lyrically, is a journey towards individuation by the exploration of human darkness and transforming that pain into something tangible and meaningful. In essense- to lose one’s self entirely to reach perfection.”
Under the name Endemise, the band released Far From The Light (2013) and Anathema (2016), but now with the new name, Serene Dark have made a refreshing start with elements of the previous band still lingering, but taking the songs and style to a new level on this record and experimented with various instruments and vocal styles. This album sets a new calibre and standard for Serene Dark.
“Enantiodromia” is recommended for fans of Septicflesh, Fleshgod Apocalypse, and Rotting Christ. 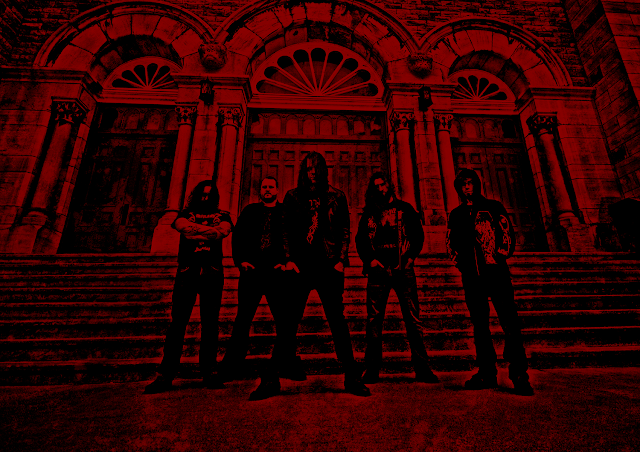 2. Drums were written and recorded by Suffocation drummer Eric Morotti. Morotti has been a long time friend of the band and was brought in as a session drummer for the album in 2018 before Nick Rodgers joined the band in late 2019.

3. The concept and title of the album is “Enantiodromia” a principle introduced in the West by psychiatrist Carl Jung, the tendency of things to change into their opposites, the emergence of the unconscious opposite in the course of time. Quotes and audio clips of the late psychiatrist Carl Jung can be heard throughout the album.

What the press has said:
“An epic, heavy and creative vibe... I think would appeal to fans of mid period Dimmu Borgir, Insomnium, Abigail Williams, Fleshgod Apocalypse.” – Loud Stuff

“They produce an array of songs that have an incredible sound that are  magnificently orchestrated.” – Metal Temple

“Demonstrates the ability to filter several European influences into a unique sound from a Canadian perspective.  It is a fine edition to the black metal catalogue of any connoisseur of these dark musical arts.” – Glacially Musical

“another Canadian metal band that has managed to create something fucking awesome and special.” – The Dirty Room