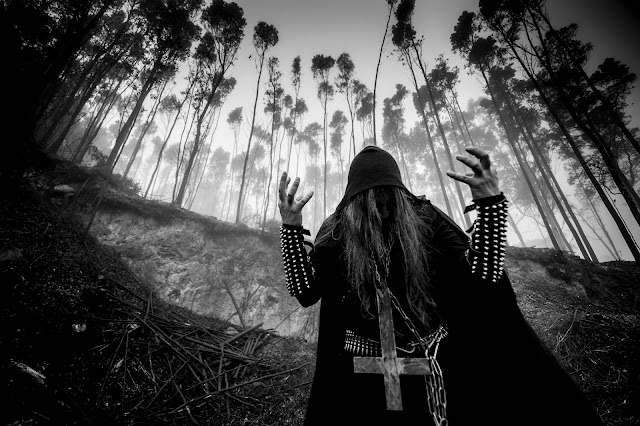 By now, Irae should require little introduction. Since the dawn of this cursed millennium, mainman Vulturius has prolifically pursued a singular vision of RAW BLACK METAL that includes four full-lengths and countless split releases with likeminded comrades. As such, Irae have almost singlehandedly invigorated Portugal's black metal scene, particularly the rawer iteration of it, and more recently find themselves aligned with the elite Black Circle, alongside Mons Veneris, Vetala, Decrepitude, and Rainha Cólera. Fans since the beginning, Signal Rex are honored to be aligned with Vulturius for Irae's long-awaited fifth album.

Aptly titled Lurking in the Depths, Irae's fifth album is yet another snapshot of Vulturius' particular headspace at that given time, much like its lauded long-playing predecessors. The mainman created the framework of the album during March, April, and May 2019 with a session drummer; letting the album sit and simmer for a while, he returned with new ideas at the beginning of 2020 and completed it by February, granting another session musician to provide synths. All-consuming as ever, Irae's fire is as fresh as it is ancient, and the ripped 'n' righteous results speak for themselves.

Vulturius' canvas is spread before him, his palette all shades of black. With it, Lurking in the Depths paints a picture of the will of self-isolation and the tiredness of this world, where everyone and everything wants its five minutes of fame and where things come and go... Not  Irae, however: nearing 20 years as a band, the man has been involved in the black metal scene for even longer. As such, he sees himself as a kind of an eternal spectator. "I see hype bands come and go," he rues, "some of them good and some total shit that I really can´t understand what is going on, because before I'm a black metal musician, I'm a black metal fan." That perspective indeed informs the title Lurking in the Depths... 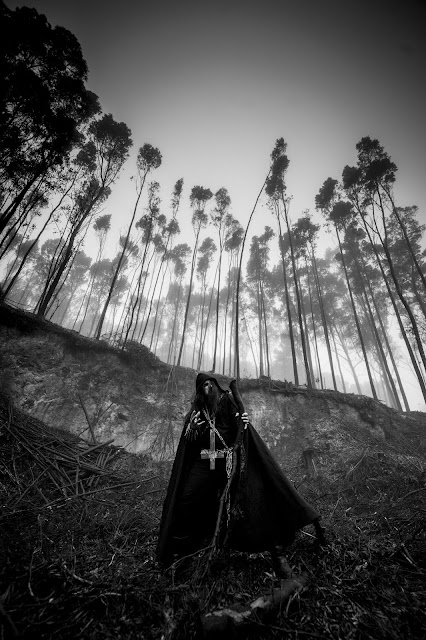 In many ways, this new album is quintessential Irae - feverishly linear, passionately played, variety in composition without muddling miscegenation, its atmosphere hateful as it is malaised - but the occasional touches of ghostly synth send Lurking in the Depths into a new stratosphere of sublime. Fittingly, the form had to match content, which is admittedly more mature this late in Irae's canon.

"The lyrics always been kinda a problem to me because I express myself better by music than writing," Vulturius explains, "but with all ideas in my mind, they weren't difficult at all. They talk about self-isolation, eerie atmospheres in the mist, and the certain fall of humanity, because we are s experiencing difficult times compared to a war or the times of the Black Plague due to this Coronavirus." On the topic, he gives an inspirational anecdote: "I was on a flight to Italy on February 20 play a fest with another band I'm in at the beginning of this pandemic, and on the way back, I lost my flight, so I spent the night sleeping at the airport and was only able to take the flight the next day, February 25th, and with that, I thought to myself that night being there, 'Okay - nothing better to write some black metal lyrics or get Covid-19 in this climate of pandemic and impotence of humanity,' so I wrote three of the lyrics for the album on my cellphone that night."

Truly spoken, these ARE dark 'n' dangerous times we're living in. All the more prescient that Irae arises and continues Lurking in the Depths... 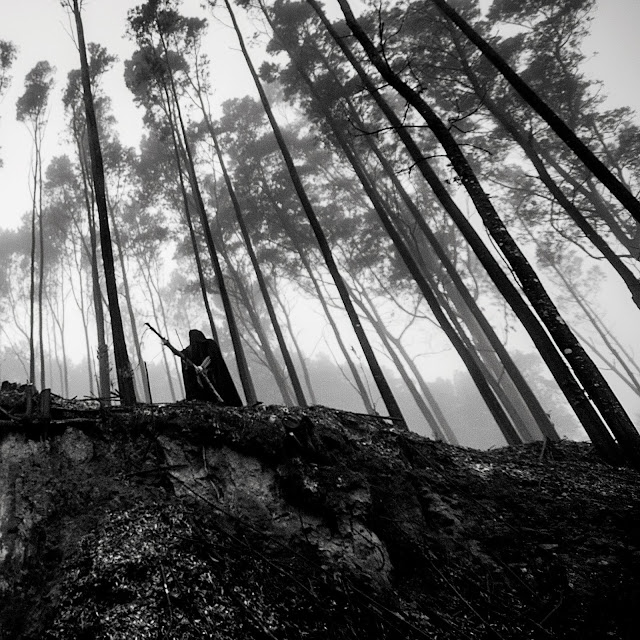