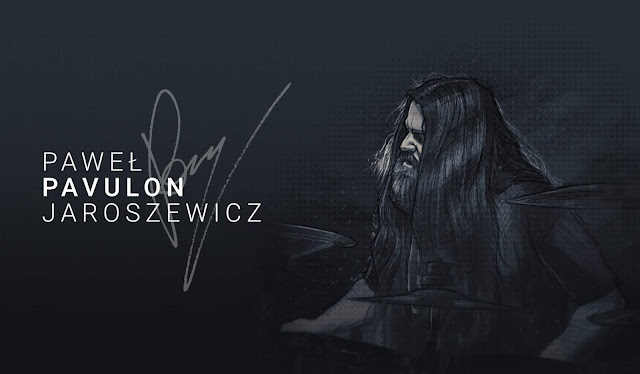 Ex-Stratovarius guitarist Timo Tolkki proudly announces that Pawel "Pavulon" Jaroszewicz joins the band on drums, completing the Infinite Vision lineup. Pawel is best known for his playing with extreme metal bands, including Hate, Vader, Decapitated, and Antigama (and most recently, performing with Belphegor on their 2019/20 USA & European tours).
Pawel states: "I am happy to announce that I will be a part of Timo Tolkki’s Infinite Visions. Although not many associate me with this style of music, it always had its place in my life alongside the more extreme genres. It will definitely be an interesting experience to see what I can bring to the table and hopefully create some new quality music with a distinct sound."
Pawel first came to the recent attention of Infinite Visions through the Stratovarius drum audition videos he made several years ago (video links below). The band were very impressed with his performance and thereafter asked Pawel if he would like to join Infinite Visions.

Infinite Visions' lineup includes Timo (guitars), Jari Kainulainen (bass), Jorge Segersbol (vocals), and Jimmy Pitts (keyboards). The debut album will be titled Union Magnetica, and will feature 10 songs, including "Voice Of Tomorrow", "You Rock My World", "Sonata Black", "Dangerous", and "Infinite Visions". The band is scheduled to record their debut album at the end of 2020, with plans to tour for the album when it is released next year, and to perform at festivals as well in 2021.
- June 02, 2020