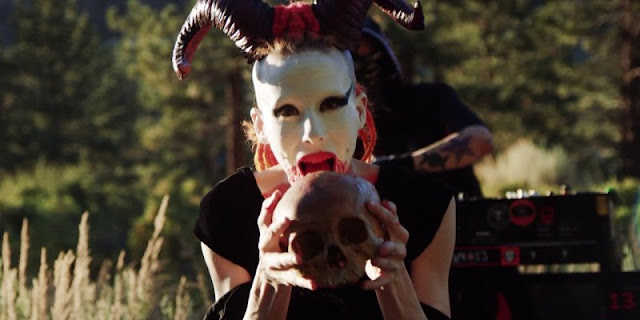 How the band did gets its name? There are generally 13 full moons in a year.

How has black metal music changed from 2014 to 2020? Depends on the band. Many keep a very old school sound and look, while others have built onto the model in their own creative ways. Each it’s own deliciously dark flavor. Music is ever evolving.
Do you think that black metal will ever become mainstream? Not likely considering how many “normies” still cringe seem to be a large portion of the population. We like living the “ underground “.
How did the band get into the movie Devilâ€™s Domain? We got a call from our label that they wanted us for a part in a movie, as they were working towards promoting their bands through scenes and soundtrack CDs via Cleopatra Entertainment. It was a devilishly fun fit.

How was it to perform at the famous Whisky A Go Go? I love that place , the people, the crowds, the history. It really means more than I can put into words on those nights where you can feel the energy fill the room. It also, to me, seems to have note of music classes growing up and the nostalgia of the music store I went to growing up called Roll Over Beethoven’s.

Tell me about the making of Leviathan video? It’s meant to be a creative representation of those who have been wronged becoming Leviathan and getting justice. Leviathan as the song is very giant sea serpent/demon destroying everything( simpler way to put it). The actor playing the guy that I repeatedly torture and kill did a fantastic job playing so many different roles. The entire crew was amazing and several are in our band Coven. The makeup was a mix of me and the whole cast and crew, the set was a sweet studio, there was a really fun and friendly energy the whole time, lots of joking around.


Which video shows what Luna 13 is about the best? So far.. Devil’s Wrath or Upside Down. Dark, witchcraft, horror, good ol dancing with the devil witchcraft from the past kind of stuff. Like immortal witches from the past telling their stories in the future through electronic metal.

After the release of Dark Horse, you will be heading back to the studio to start working on a new album. How long before it gets release? Around November 13th of this year.

Is Valentine Day a Bloody Valentine for you? Haha we often perform on that day so yes.

Can you have too much bass in a song? Never, it is the purr that massages my nerve cells and beyond.

What are your feeling about streaming music? I grew up with strict rules on music so as a kid I acquired music that was “taboo” any way I could and I also understand other reasons for using streaming as well. I also get why some artists wouldn’t, but we all have to adapt to changes that time inevitably brings.

Digital vs. vinyl? Vinyl does have nice things about it, yet digital allows for a wider range for the music the spread.

Any plans to tour? We had plenty in the works and posted them, but with the various issues related to the pandemic we have had to put a hold on touring until things get figured out.

What song from the past is in your mind right now? And what is the meaning that song means to you?  NWA Fuck Tha Police, the protest in Minneapolis is playing on the TV next to me. The injustice towards anyone with different skin from jerks who were hired to “ serve and protect” the community has got to stop.

How do you feel the Covid-19 virus going to affect the music business in the future? Already has with so many venues and bars not likely to survive, many bands rely on live internet shows now, a lot of bands we know are working on new albums or at home music videos. In the future the whole music scene will have to function differently if there’s no way to treat the disease.

What have you been doing with your self-quarantine? The new album, a cover song and music video, mostly music related stuff. Along with many other things like bingeing tv, snacking often, gardening, cat playing, renewing my phlebotomy certification, and making other art.

Have you discovered or rediscovered any new hobbies? More time for gardening is the rediscovered hobby that I now have more time for. The new hobby would be sewing face masks for family and friends. Renewed my phlebotomy certification as well.

Lots of people are doing nightly concerts over either YouTube, Facebook, Twitter or Instagram. Are you planning to do something like that? We have been considering it, although considering the vibe we go for normally this particular mode is something we’ve been hesitant about. There should be something live from us soon either show or otherwise.

Do you think it will be possible to make a living doing concerts this way? Possibly, but from what I’ve seen the internet shows have a much  different energy to me. We’ll see.

First it was an article in the New York Times, then Rolling Stones talked about it and finally Live Nation CEO said that concerts may not start again until fall of 2021. Do you think this could happen? With all of the proper science in mind I do see that as a viable reality.

With Social Distance being the norm. Do you feel that it maybe the end of music fest for the next couple of years? Depends on how soon a vaccine can be developed, but people will do what they want at some point.

What about Holographic concerts in our living room? I don’t know might be ok for some.

How do you see yourself in the next five years? Hopefully not nuclear fallout at this point. Still doing music.

Anything you would like to say in closing? Keep making art, keep community through music and art alive. No matter how things are in the world it gives everyone a creative way to help with so many different things. 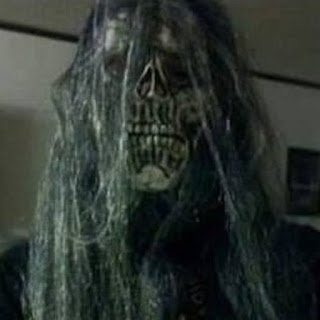 Email ThisBlogThis!Share to TwitterShare to FacebookShare to Pinterest
Labels: "Ace Of Spades" Mercenarios In Confinement 2020, INTERVIEWS