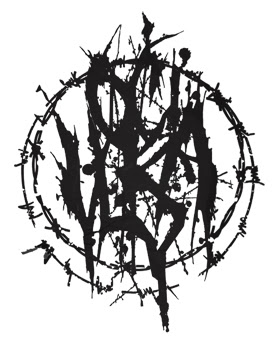 OČI VLKA (translated to English: "Eyes of Wolf") is a two-piece band formed in 2018 in the city called Chomutov, which is located in the Ore mountains in Czech Republic. This area is well-known for eternal winters and for a bloody history after the Second World War.

In the 2000s, both future members of OČI VLKA played together in a local hardcore / metal band called Darkearth (or xDARKEARTHx), which was influenced by Belgium's H8000 scene as well as bands released by Alveran Records back then. When Darkearth broke up, each member went his own way, but nobody ever stops to destroy his instruments. Later on, the drummer was active in short-lived local black metal bands, Urort and Damned of Light, and the bass player was active in some local hardcore / fastcore bands and later on in the sludge/doom band V Rukou Ousudu and the black metal band Lichens, where he played guitar.

In 2018, both ex-members of Darkearth met up again, and after some discussion, they decided to meet each other in the rehearsal room. After a few jam sessions, they started to write songs and found this to be a good way to survive in Chomutov. The project became more serious, which led them to give this project a name: OČI VLKA, as they wanted a name connected to the area in which they live.

As OČI VLKA, then, the band's primary inspiration is their environment, because it offers two different worlds. On the one hand, there's deep woods and mountains which offer an awesome and unique atmosphere and where it's possible to relax, rest, find inspiration, do whatever you want, hanging out for hours and meet nobody, discover new places, etc - and on the other hand, there is a city full of frustration, social problems, criminality, lost existences, etc. By creating music, they're able to escape their everyday lives, realize ourselves, meet people with common interests, discover new places, play gigs with cool bands, and so on.

OČI VLKA state that they don't have any musical inspirations - "We listen tons of stuff, and this stuff primarily depends on our mood" - but one can certainly detect traces of black metal, death metal, doom, and grind of various stylistic strands each. What results is an utterly ugly smokestack of dread, darkness, and scorched-earth emotion. The physicality is palpable, and leaden with a heft that betrays the band's two-person membership; in fact, OČI VLKA's swarming attack would be irrevocably overwhelming if not for the fact that the duo's songwriting patiently plays itself out, establishing mood just as handily as metallic might, and altogether creates a sensation of hovering hypnosis...all before the reality hits you, HARD, and drags you down to the abyss.

No Facebook, no Bandcamp, no other profiles, nothing: just immerse yourself in the infinitely inky depths of OČI VLKA's first demo!

Fully plunge into those infinitely inky depths exclusively HERE, courtesy of GrizzlyButts.com. Preorder info can be found HERE at Caligari's Bandcamp. Cover and tracklisting are as follows: 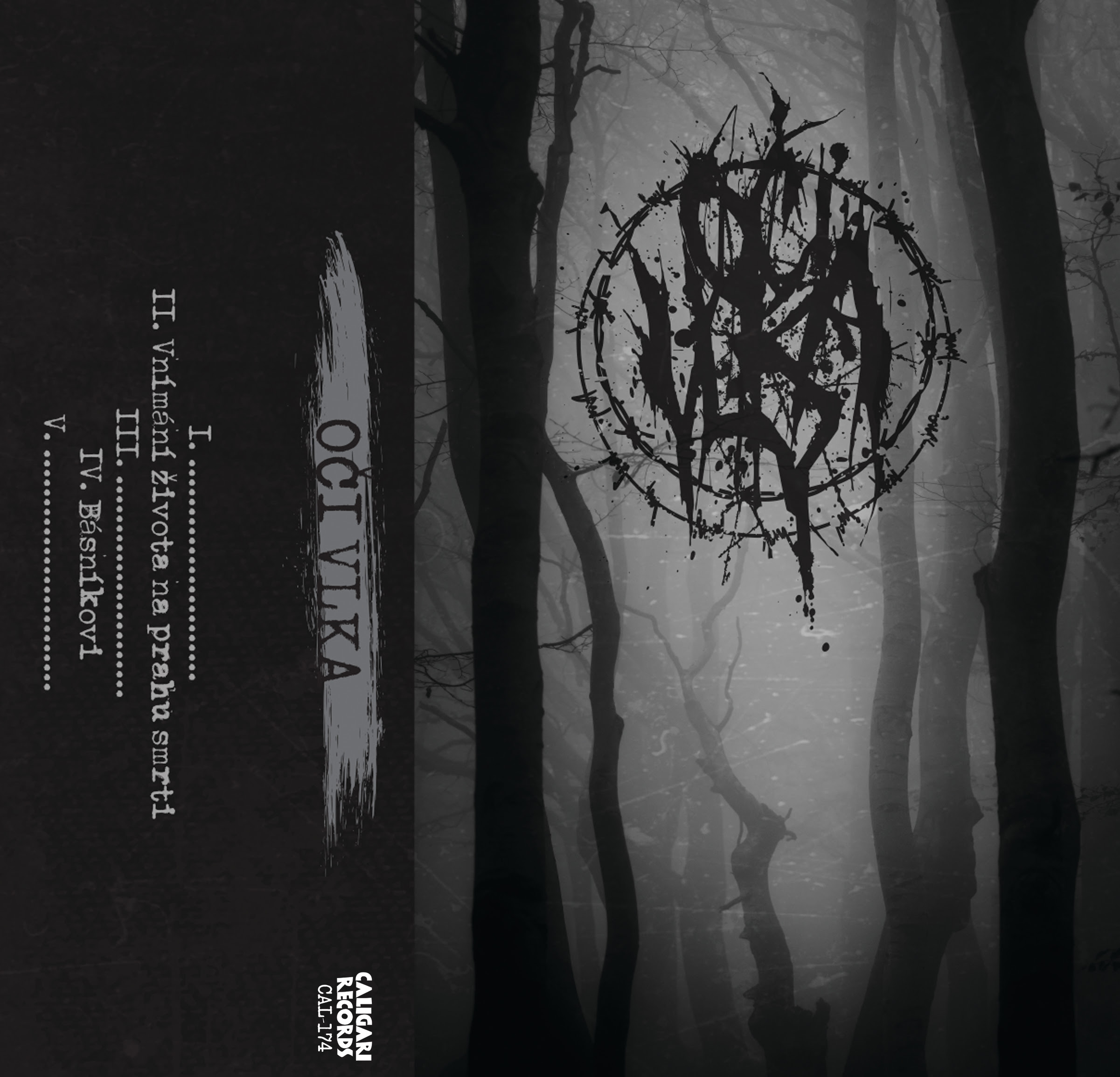