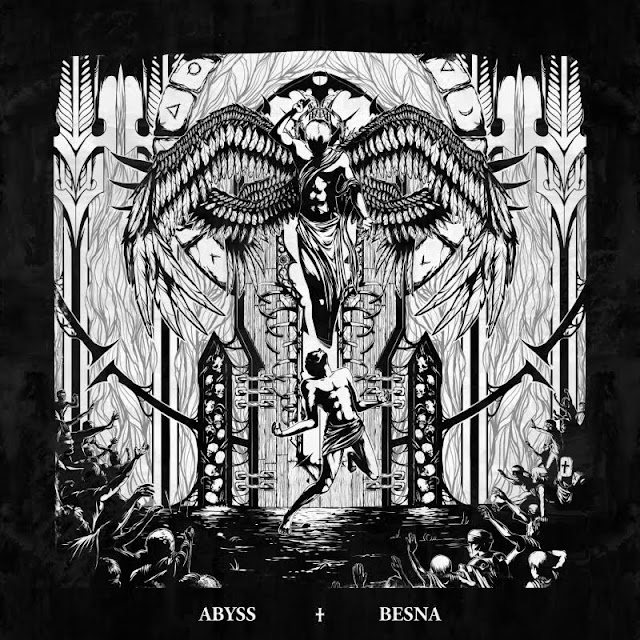 Abyss:
Abyss was founded in 2009. The sound of the Band is inspired by early nineties swedish melodic Black/Death Metal Bands. Melody and the high pace in certain fragments of their songs demonstrate a revival of groups like Dissection or Sacramentum. But besides all that nostalgy, there are influences from modern representatives of the Black and Death Metal genre with a certain personal touch. The songs are characterized by the exchange of filigree instrumental passages followed by partly melodic and partly raw riffing. This bandwidth serves the delivery of the Band ́s concept, which deals with chaos in all its facetts and mankinds exposure to its forces.  Abyss played several shows around Bavaria, got festival experiences as well as concerts abroad.
Besna:
Besna is a post-black metal band from Bratislava, Slovakia founded in 2017. So far, they have released their debut EP in June 2018 and played multiple shows in Slovakia. Their sound is defined by mournful melodies combined with powerful, mad screams. You can also find influences of old Slovakian folk music in touching clean parts sung in their mother tongue. Thereby, their music becomes a unique, thrilling journey filled with emotions.
About the Split:
After embarking on the "Further Into Perdition MMXIX" Tour together with Groza, Abyss decided to change plans for their upcoming full-length and start a collaboration with some of the new-found companions. Ultimately, the Bratislava-based Slovakian band Besna turned out to be also in the process of setting up their next record, so both bands decided to team up for a split. This ended up as an international project, with studios from the Czech Republic (Shaark Studio), Germany (W-Audio) and even Iceland (Krummafótur Studio) getting involved, with the artwork being designed by french Artist Théo Braisaz.
The concept f the split revolves around unfulfilled religious salvation, the ultimate absence of higher orders or purposes and nature's indifference towards it  It will be released on 12/09/2020 by Wolfmond Production.