The Hawkins - "Silence is a Bomb" Review by David Kiss ) 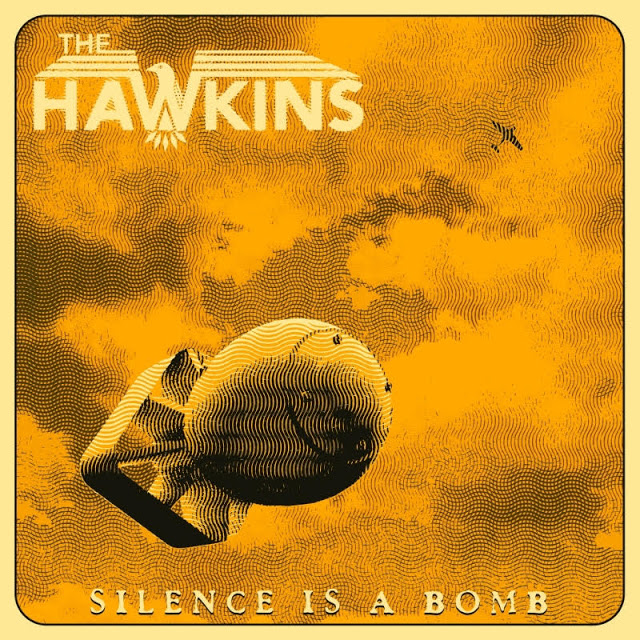 I feel happy, writing these lines, it is the little that makes me feel good, with which it is falling all over the world with the Covid-19, these moments make me feel good, write about music, comfort me and know that with my writings may discover bands that can reach something in the history of music, better than better.

This "Silence Is A Bomb" comes to me The Hawkins, a cover inspired by the first Led Zeppelin album, although different color, but if an air, at least it already looks better than other daily proposals that reach us by email, I put the first theme, turning out to be an intro, the intros are not holy of my devotion, they have not been, nor do I think that at my age they never will be, I move on to the second theme, "Roomer" is a cool theme, punk pop type, they are Note that they are young, but I do not dislike them at all, "Hilow", "Stones" with more groove, rhythms, dark lyrics, crazy choruses that will make you feel very good, but if your age is between 15 and 25 years, those Catchy choruses with perfect vocal harmonies that you will easily remember !!

With a splendid mix of swing, energy and punk’n’roll, The Hawkins offers rock music at its best!
Facts about the band that may interest you, the group has signed The Sign Records and will release their second album "Silence is a Bomb" on September 4, 2020., the four members born in Sweden have shared their musical trips together since they played its first chords. But the band was officially formed in 2013.

For the first four years, The Hawkins stayed on track by releasing EPs and singles while they were playing, from small concerts to some of Scandinavia's biggest festivals, including Sweden Rock Festival, Metallsvenskan, and Peace & Love. They ended 2016 flying to Russia to support the pop / punk act "4 Aprils" on a 10-day tour.
Hawkins' debut album "Ain't Rock N Roll" (released through GAIN / Sony Music) entered the world with a terrific bang in October 2017. The album featured the single "Fuck You All I'm Outta Here" , a powerful song with a strong anti-fascist message that quickly gained momentum on the Swedish rock scene, securing the band's role as one of the country's most promising bands.


To follow the band's successful launch of their debut, The Hawkins started 2018 by taking a 22-day tour of Europe with the Swedish band Corroded. They shook the stage in Germany, France, Austria, Switzerland, and Denmark. Since then, The Hawkins has continued to release singles, touring in summer in Eastern Europe, playing countless concerts and touring in and out of their home country, and even brewing their own beer with the catchphrase, "Fuck you all, I'm drinking beer."
If you can find his official video clip "Give It Up", that for me is a great song, enjoy it because it is cool rock and roll! .Enjoy !!!