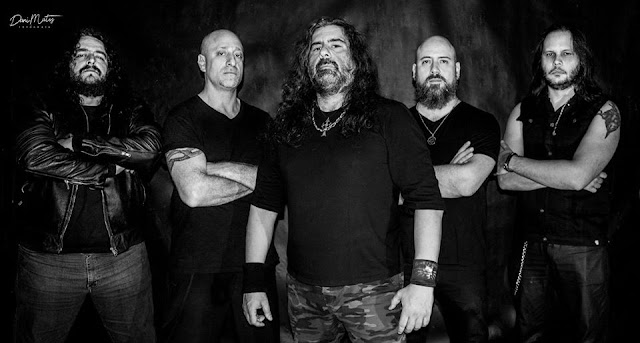 "SCARS" signs Global deal with Brutal Records Release August 08/07/2020
First Lyric Music Video "Predatory" and Oficial video "Sad Darkness of the Soul"
Recorded, Mixed and Mastered at: Loud Factory Production and Engineering: Wagner MeirinhoDirector of Photography: Ronaldo Del Vecchio (Na Lupa Produções) Video Editor/Post-Production: Ulisses Simionato (Santo Filme Produções) Label: Brutal Records
The new lyric music video entitled "Predatory" and edited on June 26 at Ms Motion Graphics  under the direction by Marcelo Silva, shows strong lyrical context of "Predatory", placing the human being as a "single super predator" or "alpha predator" without thinking about how devastating this is for the world in which he lives. The sonority  presents the firepower of the work where the band rescues its main influences based on the traditional Thrash Metal of the Bay Area, with striking and torn riffs, brutal vocals, technical and intrinsic solos.

The listen experiences immersion in a rhythm as it cycles and mutates in an encircling, hypnotic paradox of its own genesis.

Heavy beat blasts and chugging riffs emerge throughout this album contiguously with song development, with an impressive range of performance and energy thrust into the alternately pummeling and driftingly harmonizing music. Connected in construction and comfortable in aesthetic rendering of concept, in a sense endemic to various breeds of thrash metal, but here the band bypass temptations of mainstream social and monetary power for an essential view into growth in the thrash metal scene at the time.

The band was founded in 1991 in Moóca, a traditional neighborhood in the city of Sāo Paulo, releasing their first work in 1994, "Ultimate Encore", the acclaimed "The Nether Hell" in 2004 and "Devilgod Alliance" in 2008. After a hiatus from 10 years ago, the band returned in 2018 with the two singles "Armageddon" and "Silent Force"