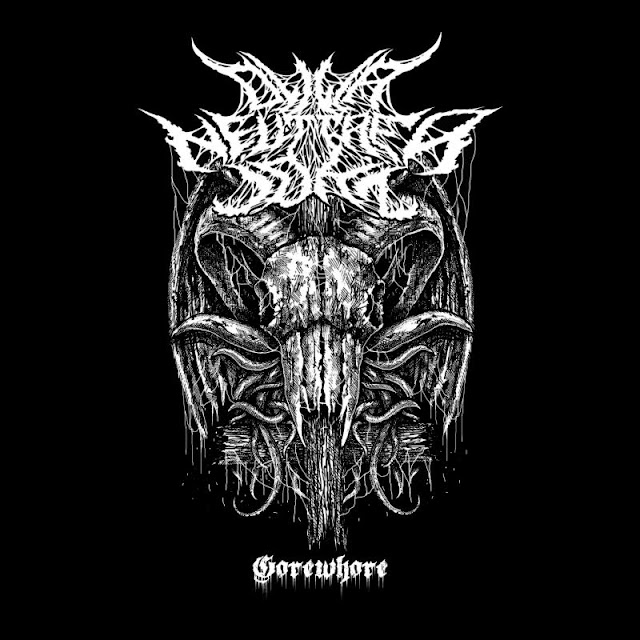 From the wretched and grey city of London UK, it's OLIVIA NEUTERED JOHN.

Olivia Neutered John is equal parts death metal and grindcore with a lyrical focus on extreme sexual depravity, rape, and abuse. The band's focus is to shed light on these terrible acts in hopes that humanity can correct it's horrid perversions. ONJ fights sexual abuse, rape, LGBTQ-phobia, and gender inequality through buzzsaw guitars, thundering bass, multiple styles of searing brutal vocals, and song lyrics that teeter on the line between the profane and the pornographic.

Consisting of sole member Dick "Bastard" Weeks, Olivia Neutered John released their first album KILL ALL MEN on Halloween in 2018. The new album GOREWHORE takes the ideas from KAM and cranks them up to maximum levels of rage and insanity. Clocking in at 42 minutes and boasting 31 songs, GOREWHORE is the most savage and terrifying album the band has released to date. With songs like FREELANCE ROTARY HAMMER PROCTOLOGIST, EXHAUSTIVE RUINATION OF THE VAS DEFERENS, and UNANESTHETIZED GELDING WITH A BRAND NAME FOOD PROCESSOR, ONJ's fascination with the destruction of penises and testicles is on full display.